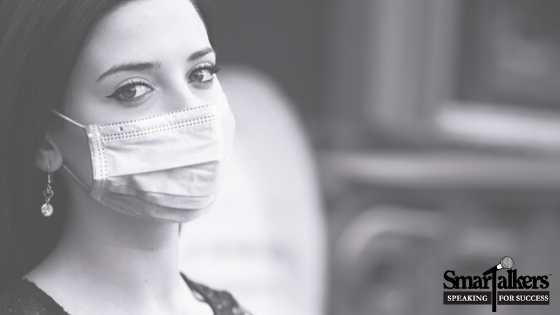 This is not an opinion on to wear or not to wear a mask. Instead, I invite you to think about this.

As if we don’t have enough already, we now have another factor that has the potential for our communication with others to break down.

Have you noticed, at times, it’s more difficult for people to communicate when wearing masks? How about you? Muffled speech, unable to read all the facial expressions, and just can’t hear the speaker requiring them to repeat. Frustrating! In addition, think about those that have hearing and auditory processing issues. It can greatly impact their ability to understand you causing increased frustration and even embarrassment. Many people with hearing issues use lip reading to help them understand.

Be kind, be considerate, and be safe. 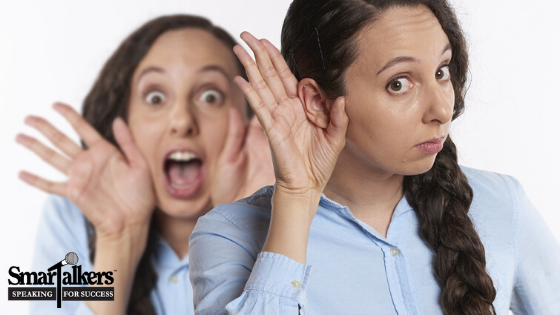 In a recent discussion with my husband he responded “I know what you said.” And my response was “But did you hear what I said?”

You may be saying; “What’s the difference between those two responses?” I invite you to think again! A listener can think they know what the speaker said but the only way to confirm is through paraphrasing back to the speaker.  Paraphrasing or giving feedback is a critical skill in active listening. When paraphrasing is eliminated in a crucial conversation, it may mean the difference between a conversation that ends with conflict or one that ends with connection. It only takes a moment to initiate paraphrasing to ensure you’re making the communication connection and closing the communication loop. 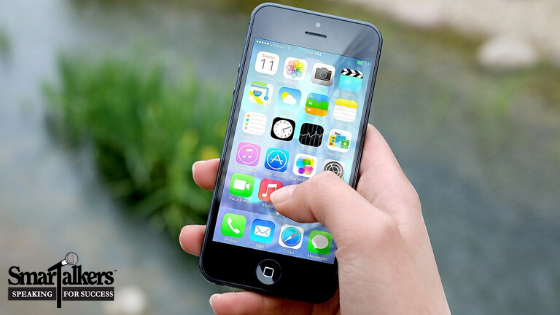 In my over 30 years as a speech-language pathologist, my motto has been: Communication IS the Human Connection. I’m now putting on my speech pathologist hat with the following observation.

Since smartphones have become a way of life, I have noticed face to face communication with children taking second place to communicating with our face toward the phone and not facing the child.

Parents who are preoccupied with their cellphones may be hindering their children’s development.

“When parents or caregivers spend too much turning away from their kids and toward technology, the foundation for a child’s communication skills is weakened. Experts in my field of speech and language development are already seeing the impacts on children who have missed out on hours of essential, real-life face time, such as limited communication and social skills.”

“What might seem like innocuous scrolling could be the new secondhand smoke-a personal habit that could endanger their children’s health and development in ways we don’t yet fully understand.”

I’m hoping that now with home isolation in place, it may be easier for you to become aware of the times when your child tries to engage you in conversation and you respond while looking at your phone and not directing your attention to them. Let’s show our children what true connecting communication looks like.

Take care and be well.

Public speaking and business communication skills are the skills SmarTalkers can provide to you through our coaching and training opportunities. Visit our website www.smartalkers.com or contact Wendy Warman: wendy@smartalkers.com for more information. 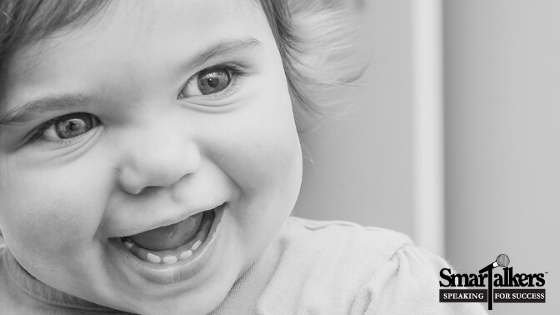 This gesture is known everywhere in the world. It is universal.

This gesture is rarely, if ever, misunderstood.

This gesture scientists believe, actually releases chemicals called endorphins into your system that create a feeling of mild euphoria.

When you travel around the world, this gesture may help you slip out of the most difficult situations.

What is it? I’m sure you guessed it. A smile!

During this time of self-quarantine, when I do need to venture out wearing a face protector, what I discovered was how much I missed the ability to interact with people in the stores with a smile. The cashier that continues to be upbeat even though days are challenging. The person that helps me find something in the store. the person that lets me move ahead of them because they have more groceries than I do. I’m smiling at them, but do they know that?

So I’ve decided to pay close attention and use two ways that I can make a smiling connection if only for a moment.  I believe we can hear a smile in someone’s voice, so I’m making a special effort to have a voice that smiles. Our eyes can also show a smile. When we smile, our eyes light up.

How about you? Are you feeling the challenge in making smiling connections when wearing your face protector? Or have you ever thought about it? We need all the positive connections we can give and receive during these challenging times.

Communication is a human connection. Even though our face may be partially covered, let’s connect with others with our smile, voice, and eyes.

Be safe, be kind, and smile, 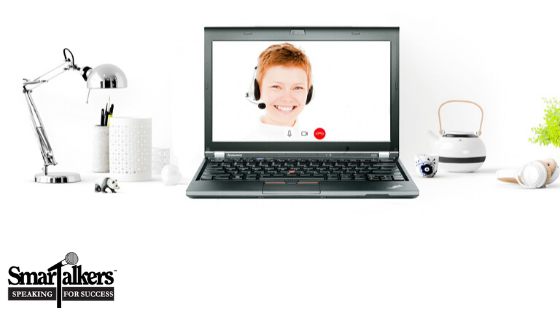 Recently I was contacted by a  colleague of mine complaining of almost losing her voice after teaching her classes virtually. I immediately put on my speech pathologist’s hat and suggested she may be pushing her voice too hard, increasing her loudness more than needed creating a fatigued voice. This is not unusual when we aren’t able to get the feedback on voice modulation as is possible during a classroom setting.

Also, I suggested that a bit of anxiety may be playing into this as she had never used video to teach a class before. The anxiety she may be feeling will cause a tightening of her throat muscles which in turn would add to the vocal fatigue she was experiencing.

In a follow-up email a week later she stated: “I took your advice about watching my projection, and it made all the difference.” She also switched to a more user-friendly video platform eliminating the stress she was feeling.

If you’re experiencing challenges with your voice with the new normal of teaching virtual classes, let’s talk. As a speech pathologist for over 30 years, I’ve coached business professionals on the use and care of the professional voice. Your voice is an instrument. Learn to play it well. 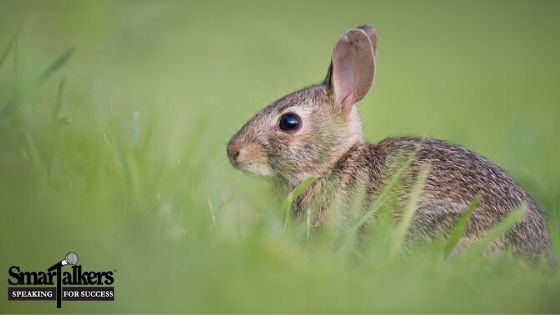 For those that know me either through friendship, coaching, or training, all will agree that I’m passionate about authentic and connecting communication. Recently a good friend of mine gave me the book The Rabbit Listened by Cori Doerrfeld. Yes, it’s a children’s book, but as described …with spare and poignant text. The Rabbit Listened is about helping others by giving them the gift of simply listening.

I invite you to pick up a copy and keep it close by to remind you that most of the time when there is conflict, hurt, or despair people just want to be listened to.

My New Year’s wish is that you will take the time to simply listen. You may be pleasantly surprised at the results.

If the skill of active listening is difficult for you, let’s talk. I’d welcome the opportunity to share my individual coaching program or training programs with you.

Public speaking and communication skills are the primary skills SmarTalkers can provide through our coaching and training opportunities. Visit our website www.smartalkers.com or contact Wendy Warman: wendy@smartalkers.com for more information. 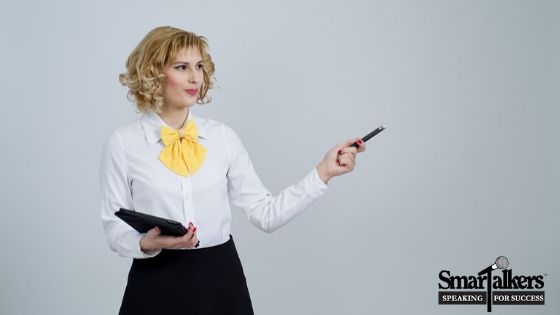 One of the most common concerns of my coaching clients involves how to effectively present to senior executives. Here are a few tips to help you the next time you have the opportunity.

Public speaking and communication skills are the primary skills SmarTalkers can provide through our coaching and training opportunities. 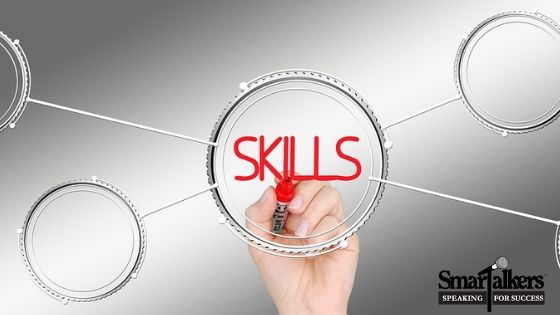 5 Essential Communication Skills Needed to Be a Good Communicator

A recent article from Inc. magazine stated Jeff Bezos, Amazon CEO, recognized the value of 1 “essential” job skill even before he had a name for his company. You guessed it!

Bezos was quoted as saying “Top-notch communication skills are essential.”

Bezos recognized very early that job candidates who were skilled in one area–like coding and engineering–would still fall short of their potential if they didn’t have the ability to communicate and collaborate with others.

Here are 5 key communication skills that are essential for your success in the workplace:

Rate yourself on a scale of 1-5. 1 being the lowest and 5 the highest.

In an upcoming training session, I’ll be providing to a software development company, this was the most requested area to address as it relates to communicating one on one and to a group.

Even when you disagree with an employer, coworker, or employee, it is important for you to understand and respect their point of view.

Similarly, you should be able to accept and even encourage, feedback from others. Listen to the feedback you are given, ask clarifying questions if you are unsure of the issue, and make efforts to implement the feedback.

Well, how did you do? If you scored 3 or lower, I’d welcome the opportunity to talk with you about ways to improve your communication skills…The essential skill.

You can also follow me on LinkedIn and Facebook for more tips on public speaking and communication skills.

Communication is not a soft skill; it’s an essential skill. 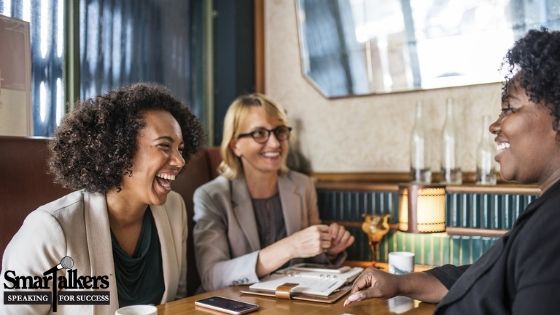 In the July 26, 2019 edition of the Tampa Bay Business Journal, one headline read,
Research: “Soft Skills’ Emerge As Most Critical Among Successful SMBS.

The article goes on to state that the Small & Medium Business Trends Report analyzed responses from 2,000+ small and medium-sized business owners and leaders. The second highest soft skill characteristic for running a successful business was People and Communication skills.

How would you rate you and/or your company in these skills?

People and communication skills are the primary skills SmarTalkers can provide through our coaching and training opportunities. Contact Wendy Warman at wendy@smartalkers.com for more information. 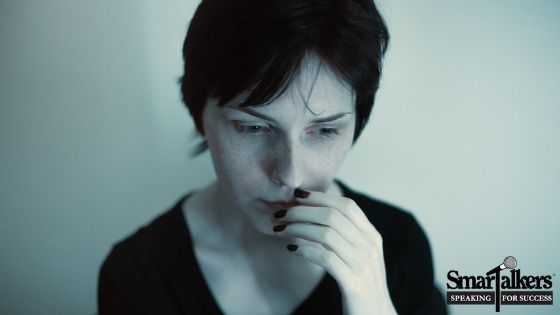